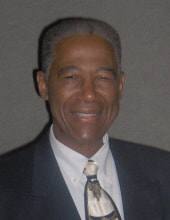 Born in Jackson, MS on June 2, 1935, Homer was raised from an early age by his sister Henrene Williams. Through hard work and diligence, he won admission to Jackson State University, where he studied Math Education. Following college, he enlisted in the U.S. Army, serving on active duty as a commissioned officer at Fort Polk, LA.

After serving his country honorably, he transferred to the Army Reserves, and got a job with the U.S. Department of Defense. Homer would go on to serve for 35 years as a management analyst with the Defense Construction Supply Center. He also retired from the Army after 32 years at the rank of major. Pretty good for a southern boy whose career began as a busboy!

The story of Homer cannot be told in full without Ruth, his wife, his travelling companion, his partner, the mother of his children...essentially, the center of his life. So the full story of Homer is the tale of Homer and Ruth.

Homer and Ruth met at Jackson State University. Mama once confided to me that while he was much interested in her, she was more focused on her studies. But persistence pays, and when she graduated (he had graduated the year before), she agreed to be his wife.

Both taking jobs with the defense department, Homer and Ruth uprooted their young family, moving from the south to Columbus, During their tenure with DCSC, they each earned their Master of Public Administration from Central Michigan University, all while raising three kids.

Homer and Ruth are two of the original founders of the Columbus chapter of Blacks in Government, a non-profit organization. Each has served as President, Vice-President, Treasurer, and Secretary. They were also delegates at many national conventions. Homer served on the Board for a few years.

Homer and Ruth loved all kinds of music; she and Homer had an extensive record collection covering almost all genres. She and Homer also loved to travel; in their time together, they visited Morocco and Canada, and several times drove across the US to California and back.

Homer and Ruth have an extensive family including sons, Harlan and Bretton (Stephannie); daughter LaNelle (Mounir); nephews, Donovan Williams and Rodger Williams; grandchildren, Lavell, D’Mitri, Bretton, Ramzy; four great grandchildren and a host of other relatives and friends, including Homer’s sister Henrene Williams, who preceded him in 2013.

Ruth Lanell Stennis Williams, born in Columbia, Mississippi on March 9, 1936, passed away March 28, 2020. Ruth earned a Masters of Public Administration from Central Michigan University while maintaining a job and a family. Her undergraduate degree was earned from Jackson State University, B.S. in Biology Education. S​he did this at a time when very few blacks were even completing high school, much less attaining advanced degrees.

Ruth retired from the Federal government after 42 years of service. She began as a computer systems trainee for the former Defense Construction Supply Center, working as a mainframe computer programmer. She finished her service as a computer specialist with Defense Logistics Agency (DLA), where she was the project manager for one of the first telecommunication networks in DLA.

Ruth loved all kinds of music; she and Homer had an extensive record collection covering almost all genres. She and Homer also loved to travel; in their time together, they visited Morocco and Canada, and twice drove across the US to California and back.

​Due to the current public health restrictions, a private family ceremony took place in the chapel of DIEHL-WHITTAKER FUNERAL SERVICE, 720 E. Long St. Loved ones and friends will be invited to join the Williams family for a memorial celebration to be held at a later date. In lieu of flowers, please send contributions to St. Philip Episcopal Church, 166 Woodland Ave., Columbus, OH 43203. To express condolences to Ruth's family, please visit her online tribute wall at
www.diehl-whittaker.com. 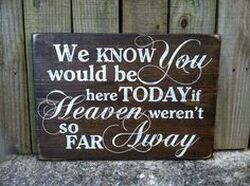 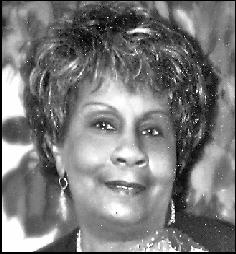 Jereline McMahan, 62, of Columbus, went to be with the Lord on Sunday, March 6, 2011, surrounded by her loving family and friends. She was born June 9, 1948, in Spartanburg, S.C., daughter of the late James and Lizzie Mae Ballenger McMahan. Jereline was of graduate of Central High School and received her degree from CTI (aka Columbus State). She was employed for 21 years at Defence Supply Center of Columbus were she worked as an Equal Employment Officer. In addition, she was a member of Blacks In Government. In addition to her parents, Jereline was preceded in death by her sister Betty Mae, and brothers Robert, Walter and Freddie Marvin McMahan. She is survived by her daughter, Tammy (Don) Smith; son, William Lawrence (Latashia) Johnston III; sisters, Willie Ruth Harris and Dianna McMahan; brothers, James "Jimmy" Earl, Edward Eugene, Jerry Wayne and Ronnie (Kim) McMahan; grandchildren, Saniqua, Patrice and Tamara McMahan, Arrman, Jalen and Giovanni Scott, Azavier and Justyce Johnston; great grandchildren, Danielle Jackson, Jadon McMahan and Aramis Hakeem; aunts, Aileen Wilkes, Coreen Gould, Betty Williams and Louise Thompson; uncle, Daniel Ballenger. Also, a host of nieces, nephews and cousins. Visitation will be Thursday, March 10, 2011 from 10-11 a.m. at Rhema Christian Center, 2100 Agler Rd. Columbus, OH 43224, with the funeral beginning at 11 a.m. Arrangements have been entrusted to NEWCOMER FUNERAL HOME NE CHAPEL, 3047 E. Dublin-Granville Rd., Columbus. Interment will be in Green Lawn Cemetery. To leave a special message for the family visit www.NewcomerColumbus.com